For three years, American billionaire Zaya Younan has been discreetly buying French castles to transform them into luxury hotels. So far, he has already invested more than 100 million euros in France. He plans to double this budget by the end of 2019. 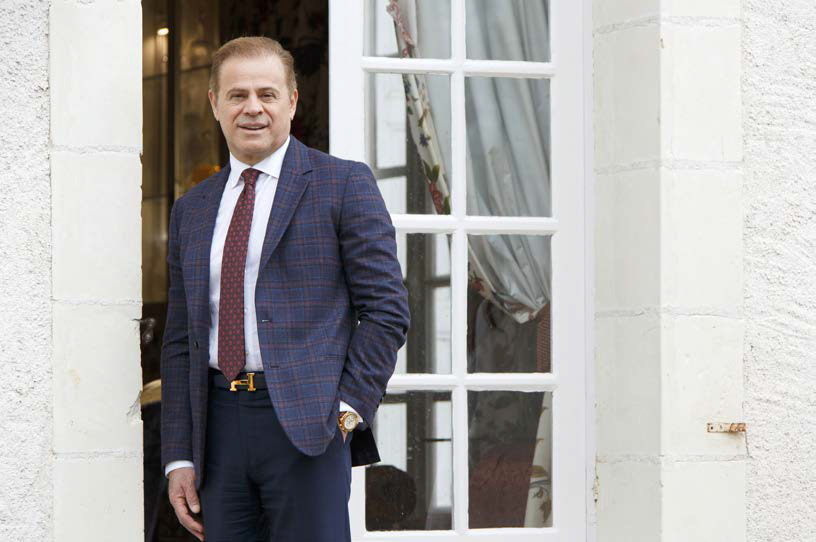 His motto? “Everyone deserves a night in a castle”. At 54, the American businessman Zaya Younan has a fortune estimated at two billion euros. For three years now, this real estate magnate based in Los Angeles has discreetly bought French castles to turn them into luxury hotels. To date, he has already invested more than 100 million euros in France and this budget will double by the end of 2019, assures the billionaire who has a degree in engineering.

Established in France in the annex of Château de Beauvois, his company “La Grande Maison Younan Collection” has already acquired seven luxury 4-star chateaux-hotels including Le Prieuré and La Perrière *, with a price range starting at 100 euros per night. Alexandra Palace, his new 5-star hotel and resort located in Mazières-en-Gâtine opened to the public on June 8, after a multimillion-dollar “stone by stone” reconstruction. Zaya Younan’s goal is to buy up to 25 hotels in France and to make La Grande Maison “one of the largest companies in France,” like LVMH, which this self-made man gladly cites as a “model.”

The French art of living

“France has always amazed me,” Zaya Younan confesses. “I felt that it was time to invest in France, after seeing many castles or very beautiful homes that were little or very poorly maintained. So it was necessary

to transform these places so that they become sites capable of generating jobs”. Last October, the billionaire boasted of having already created more than 300 salaried jobs in France and nearly 150 seasonal jobs.

Marc Chevallier, General Manager of La Grande Maison explains that the occupancy rate of these establishments is between 50 and 60%, with growth that is “very strongly performing.” According to Hermine de Saint-Albin, a consultant specializing in tourism and author of the report “Tourist Valorization of Historic Monuments” published in March 2018, “La Grande Maison’s concept is good.” “Zaya Younan emulates the French art of living that makes Americans dream, but also this new clientele from Russia, Brazil, China or India who is looking for these types of products.”

If the entrepreneur’s priority is not making immediate profits, La Grande Maison, which has also acquired the luxury cigar company El Septimo and the Parisian design studio MPA is already starting to establish a new strategy. “We want to start developing our hotel business in Paris because this activity is more lucrative, which is vital for our development,” said Marc Chevallier. 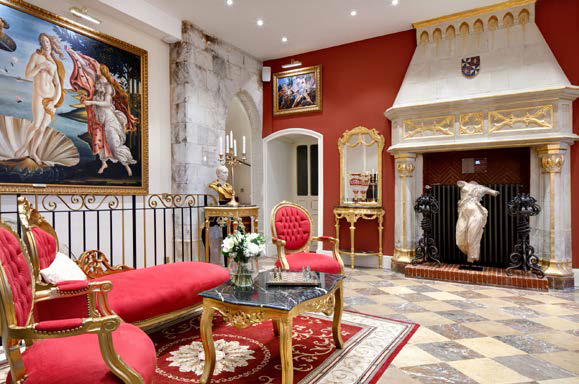 Especially since there is not a lot of competition in France. Some even got burned, such as the Hôtels & Patrimoine chain, created in 2013, which managed the Sedan Castle and Le Couvent Royal in Saint-Maximin, which had to stop its activities in December 2018. Only the operator Châteauform’ is still positioned in this neglected niche, but it is exclusively reserved for business tourism. Hermine de Saint-Albin points to economic motivations, which obstruct the development of this tourist activity. “Due to the cost, we have not yet found companies that could seize this potential,” she points out. For their part, “the great castles of France have not willingly launched into the hotel sector,” she observes. Even though Chambord made some efforts, completely modernizing its hotel. “The fact that it comes from an American slightly breaks my heart,” laments this consultant specializing in tourism.

To accelerate its activity in France, Zaya Younan enjoys a major advantage. A fervent defender of Emmanuel Macron’s economic policy, he discloses that he also knows Stéphane Bern very well, “who showed a great interest in our project.” “I have met him many times, and he has been a great help to us,” Zaya Younan readily acknowledges. For example, Stéphane Bern served as an intermediary in the selection of certain architects. He arranged some meetings and even served as a translator sometimes.

A proximity that helped the American entrepreneur receive the prestigious Gold Medal of Tourism by the French government in January. “This Californian esthete has made French castles attractive tourist centers, equipping them with all the modern comforts, while respecting an ancestral way of living,” Stéphane Bern recognizes. He adds, “Better than anyone, Zaya Younan understood that heritage was the hidden treasure of France which only wanted to be exploited more to develop our tourist activity.”

At Château de Beauvois, acquired by Zaya Younan in February 2017, the arrival of the “very involved” American billionaire was “a miracle,” acknowledges Solène Dubois, Sales and Marketing Director of La Grande Maison Younan Collection, whose headquarters has forty employees. Before the entrepreneur decided to buy Beauvois, this establishment and the nearby Château Le Prieuré, which until then had been managed by Les Grandes Etapes Françaises, were indeed destined to close.

But near Angers, in the municipality of Avrillé, the arrival of the rich investor was not as well received. Hadrien Ormières, whose company SEGR managed Château de la Perrière from October 2008 to 2018, can attest to this. In litigation with the town hall of the city managed by Marc Laffineur, its convention of occupation of the castle was planned until 2031. But in September 2017, the city took measures to terminate this agreement. Despite an appeal for interim relief, Hadrien Ormières had to leave the premises in August 2018 to make way for the new owner Zaya Younan, who acquired the castle and its adjoining golf course for 2 million euros. 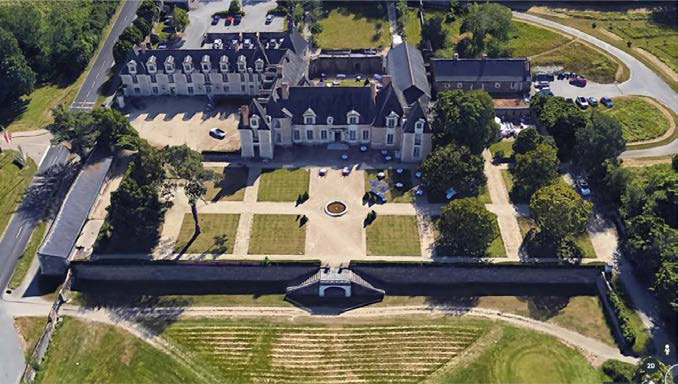 “Certainly, we badly accepted Mr. Younan’s arrival,” he says. Even if he specifies that he has no dispute with the billionaire, but with the town hall of the city. “Despite some unpreparedness of Zaya Younan, the handover was made as intelligently as possible” and all 11 employees were rehired, despite some blunders in the first three months. Some displeased people still point to the new owner’s somewhat questionable decorative choice of… And the dispute is still not resolved, knowing that Hadrian Ormières’s company had invested 1.2 million euros in equity for a hotel project similar to the one that La Grande Maison Younan Collection wants to build. The project to build a 4-star hotel with 80 rooms in Château de la Perrière’s park still seems to be on the agenda in 2019.

Nothing will stop Zaya Younan whose motto is: “I want to create what is impossible, I want to do something that no one else can do.” His next challenge? Create a European Silicon Valley by establishing a start-up incubator in France